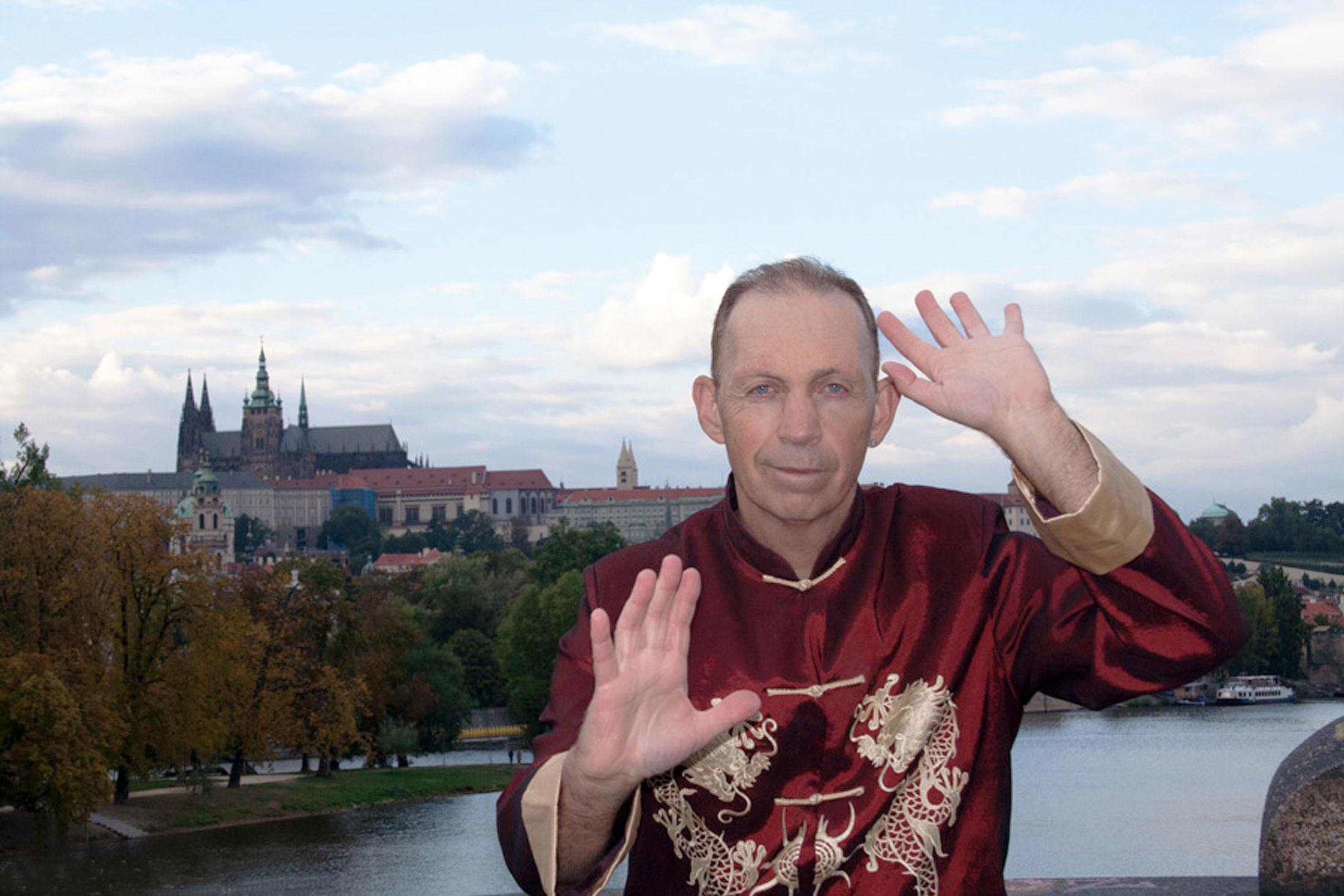 It all started in Mt Sinai Hospital Toronto, Canada September 1977. I, or perhaps more accurately said, my soul was floating above my bed looking down at my anesthetized body. The doctors had misdiagnosed an appendix attack. My appendix, subsequently burst and there I found myself above my ripped open body with tubes draining my abdomen below. My new rising reality was such a great feeling- free flying, smiling, higher and higher, up an away into the tunnel of darkness… when I heard a voice “What are you doing? –get back in your body-You have work to do.” My startled self squeezed myself back in my body. I woke up the next morning and said to myself: Ok, it’s time to take my life into my own hands.  After 6 weeks of tests, an unnecessary exploratory surgery, I was released from the hospital a week before my 24th- Birthday Oct 31 1977.  I moved to New York City in March 1978 to pursue my music career and began searching for a Tai Chi Chuan teacher to help me improve my health.

After my first 3 years of studying Tai Chi Chuan, Chi Kung, Nei Kung and Taoist mediation with Master C.K Chu – practicing 5 hrs /day, I found myself wanting to more about how Chi traveled through the body. I started studying Shiatsu with Wataru Ohashi. In 1981 I took my first Oriental diagnosis class and realized I had more work to do if I was to reflect the the level of health I knew was possible. I added to my already busy study routine, Macrobiotic classes with Michio and Aveline Kushi, Shizuku Yamamoto and Anne Marie Colbin. I made frequent  trips back and forth from NYC  to Boston and Becket and eventually began assisting and scribing for Michio Kushi’s consultations at the Macrobiotic Center of New York.

Thus by 1984 I found myself nearing graduation from Ohashi’s school and becoming certified at the Kushi Institute. Ohashi failed me on my final practical shiatsu exam, saying this was the highest compliment he could pay me because “Seymour you are destined to create your own style -come work on me once you have developed your unique form of Shiatsu.” He gave me a list of 5 people to work on  who had developed something unique after graduating from Ohashi’s school. I thus began developing Zen-Touch™, passed my test with Ohashi, moved to California and started my own school in San Diego California 1989.

I knew that we had to offer more than Zen-Touch™ Shiatsu, so I developed a very wide and versatile curriculum that is today still thriving under the name International College of Holistic Studies. The College is newly governed by Kieu Vo and her amazing team of colleagues and co-workers. Kieu has brought a level of professionalism and community to the school that has far surpassed my original concept.  While I an still actively involved in the versatile academic programs at ICOHS, my activities at ISOHA in Prague and other international schools and centers are focused on my personal work.

My personal work in Zen-Touch™ Shiatsu , Macrobiotics, Tai Chi Chuan, Chi Kung Nei Kung and Taoist meditation have shown me that the best way to learn is through the apprenticeship/mentorship model.  While I spend a lot of time teaching and introducing larger groups of mainstream newcomers to the world of Holistic Health, I also spend considerable time teaching individuals and small groups of serious students who are interested in learning Holistic healing in a personal environment.

I learned the most when Michio or Shizuko showed me how to feel, assess and make recommendations in a personalized way with the clients I assisted them with. I remember Shizuko guiding my finger on a clients belly to show me how to feel a fatty cyst, or a stone or a tumor.  Michio would point out features and mannerisms of a client that led him to make a “diagnosis” and explain why this customized remedy he came up with would  be the perfect solution to alleviate  a symptom. This experience is never communicated in books or classes. I carry on this tradition through my private internship training.

My Books, “the Art of Zen-Touch™”,  “Shaping Our Destiny”,  “Chi Cultivation” and “Circulation and Food for Life” present helpful education that becomes complete when studying in the internship format. The poetry,  illustrations and general writing style  in them convey a change in consciousness style that makes the books bigger than the information on the pages.
I look forward to meeting you and in the meantime –

Study well, be diligent. Practice the principles and then wait…Breathe.. Feel… Shhh…. Listen,
follow the message that is born from the silence within.

We're not around right now. But you can send us an email and we'll get back to you, asap.